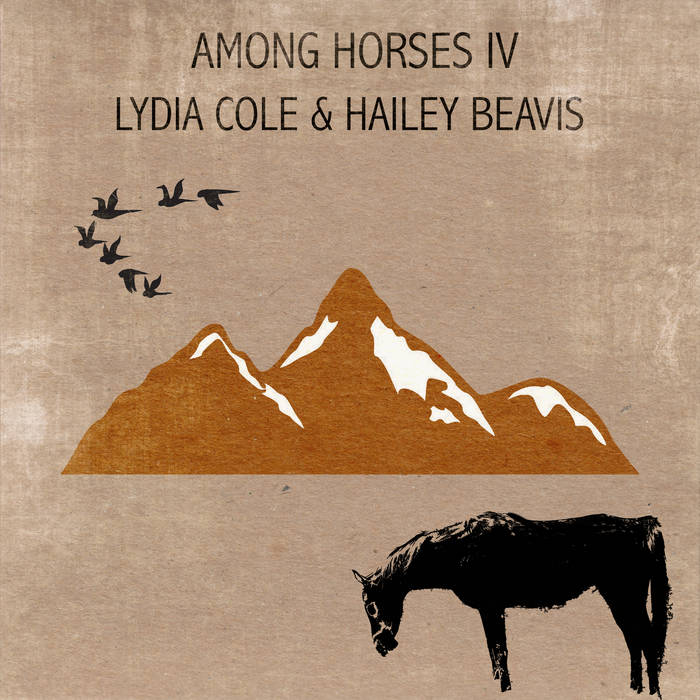 A farm in the middle of nowhere. Sixty Spanish horses. And two songwriters from opposite sides of the world, strangers with the same destiny... The critically acclaimed songwriters Lydia Cole (New Zealand) and Hailey Beavis (Scotland) were dropped in a retirement home for old horses by the Barcelona based label Son Canciones. They were given one week to get to know each other and write and record five new songs.

Only solar power was used in the making of this EP. The songs were recorded mostly in one take and without special effects. Straight from the soil into your headphones.

Lydia Cole is a singer-songwriter from Kingsland, New Zealand, currently residing in Berlin. In 2017 she released her second studio album "The Lay Of The Land", receiving raving reviews from both press and listeners. She has toured extensively around Europe, Australia and New Zealand over the past years and was nominated for the APRA Silver Scroll Awards in 2017.

Hailey Beavis has been Edinburgh's best-kept secret for a couple of years. This young singer-songwriter and graphic artist is an active part of Scotland's independent scene. In 2018 she co-founded her own record label OK Pal Records.

All songs written and played by Lydia Cole and Hailey Beavis at Mas Casanova in July 2018.
Electric guitar and soundscapes by Timothy Armstrong.
Recorded and produced by Alain Quateau & Lieven Scheerlinck.
Mixed & mastered by Alain Quateau.
Design by Mabel Alonso.

Quiet songs for restless souls since 2013.

Son Canciones is an independent record label based in Barcelona.

Bandcamp Daily  your guide to the world of Bandcamp